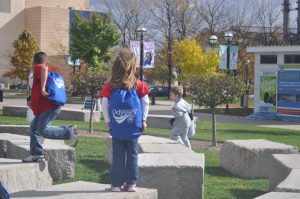 Event Receives Letter of Support from U.S. Senators.   More Americans than ever before participated in this year’s  National Alternative Fuel Vehicle Day Odyssey events – a single-day outreach initiative of growing fame that introduces its audiences in diverse locations to new alternative fuel and advanced technology vehicle options – and this year, Odyssey  scored points with European audiences and received accolades from the United States Senate.   This October, approximately 160 Odyssey events were held across the country and internationally in Gothenburg, Sweden and Paris, France. Odyssey educates the public on the importance of alternative fuel and advanced technology vehicles.

The total number of attendees at 2012 Odyssey events across the U.S. is projected to top 250,000. Hundreds of thousands more received Odyssey information via the news media in hundreds of diverse markets.   National AFV Day Odyssey was created and coordinated by the National Alternative Fuels Training Consortium, a program of West Virginia University.  This year marked the tenth anniversary of the first Odyssey, which was created in 2002, and has been held biennially since.   This year, NAFTC’s record-setting effort to encourage interest in alternative fuel and advanced technology vehicles was officially recognized by the United States Senate. A letter of support thanking the NAFTC, its partners and sponsors for the success of National AFV Day Odyssey was signed by some of the nation’s most influential Senators.   The letter, spearheaded by U.S. Senator Joe Manchin III of West Virginia, was signed by John D. Rockefeller IV of West Virginia; Richard G. Lugar of Indiana; Christopher A. Coons of Delaware; Jeff Bingaman of New Mexico; Joseph I. Lieberman of Connecticut; Barbara Boxer of California; Benjamin L. Cardin of Maryland; John F. Kerry of Massachusetts; Ron Wyden of Oregon; Olympia J. Snowe of Maine; and Lisa Murkowski of Alaska.   Senator Joe Manchin noted the importance of the program for America’s energy independence.   “When it comes to using our domestic energy, I believe in an all-in approach. I support the National Alternative Fuels Training Consortium because we need to use everything that we have to end our dependence on foreign oil – so we can create good-paying jobs and boost our economy,” Senator Manchin said. “I’ve visited the NAFTC facility in Morgantown, and I’m so impressed by the work that they have done to harness the energy that we have on our shores. Along with their colleagues, they’ve shown that vehicles, including our fleets, can be effectively powered with gas alternatives, whether it’s compressed natural gas, biodiesel, hydrogen, propane or electricity – which is often produced in a coal-fired power plant. Using all our resources wisely, we can and will make this country stronger and energy independent.”   The national kickoff event for the 2012 Odyssey was held in Indianapolis’ White River State Park, and was hosted by the Greater Indiana Clean Cities Coalition. The event featured vehicle displays, ride and drives and educational sessions throughout the day.

American Honda Motor Company and Toyota Motor Sales, USA, Inc. were national sponsors for the 2012 Odyssey and have been longtime supporters of the event.   “Participation in Odyssey lets us educate many people about Honda’s Civic Natural Gas,” said Eric Rosenberg, Honda’s assistant manager of sales and marketing for the Civic Natural Gas.   “It’s a vehicle more and more businesses and individual consumers are turning to as it is powered solely by economic, clean-burning, domestic natural gas. Produced on our factory line since 1998, the Civic Natural Gas is available today at select dealerships nation-wide.”   ”Toyota strongly supports the development of alternative fuel vehicles, and we’re committed to getting more of them on the road,” said Martha Voss, Toyota’s national public affairs manager. “National AFV Day Odyssey does a great job of reaching a mass audience and introducing them to the many affordable hybrids, plug-in hybrids and electric vehicles Toyota offers. We are delighted to partner with them again in 2012 and congratulate them on ten years of these popular and informative events.”

Some of the youngest crowd members at Odyssey take in the excitement. Over 1,000 attendees participated in the 2012 National Kickoff Event. Credit: NAFTC. Credit: NAFTC.

AmeriCorps National Civilian Community Corps (NCCC) and West Virginia University were national partners of the event. A team of AmeriCorps NCCC members were on site to assist with the Indianapolis event.   “The 2012 Odyssey was a great success,” NAFTC Executive Director Al Ebron said. “We sincerely thank the U.S. senators for their letter of support, all of our sponsors, all of our site coordinators across the country, and every attendee of Odyssey events nationwide. Because of their support we were able to share our goals to promote the use of and provide education about alternative fuel and advanced technology vehicles.” Additional information is available at the Odyssey website at www.AFVDayOdyssey.org.