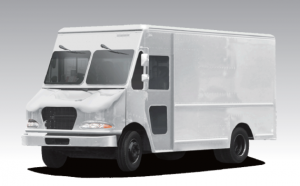 BYD is expanding its Lancaster, CA, facility in anticipation of increased demand for its electric trucks. The plant, a repurposed coach and bus factory, has been expanded by 40,000 square feet with another 200,000 square feet planned by year’s end.

A pilot program between BYD and UPS will see the development of electrified versions of the delivery company’s iconic package trucks.

Simple-Fill has developed a CNG fueling technology that it claims will reduce the cost of installing fueling infrastructure. According to Work Truck magazine, the technology “would replace a traditional reciprocating piston compressor, known as a recip, that’s used as part of CNG fueling infrastructure. Rather than a recip, Simple-Fill uses a unit that is filled with glycol-based fluid that takes the moisture out of the gas during compression. It replaces the dehydration unit used in a recip. Simple-Fill’s liquid compresses, cools, and dehydrates the natural gas, while eliminating methane leakage.”

Safelite AutoGlass has been using the technology at its Worthington, OH, facility. Simple-Fill’s technology costs about half the price of a recip.

Alkane Truck Company, a South Carolina-based alternative fuel vehicle assembler, announced plans for more than a dozen new facilities in the U.S., Canada, and Mexico over the next three years. The company makes class 7 and 8 trucks, and boasts a model that lowers the costs of manufacturing.

Alkane is working with local economic development officials to identify specific sites for the facilities. Similar to franchise agreements, the company plans to work with local owners to get the facilities up and running.

California is getting seven new hydrogen fueling stations as the result of a partnership between Shell and Toyota. The stations are part of the state’s zero emission vehicles and greenhouse gas reduction program, with 100 more stations expected to open by 2024.