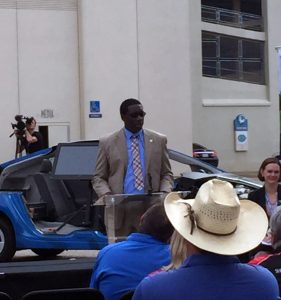 The vehicles of tomorrow are not as far away as many people think. As a matter of fact, National Alternative Fuel Vehicle (AFV) Day Odyssey—the nation’s largest alternative fuel and advanced technology vehicle awareness event—recently gave consumers the opportunity to learn about vehicles that are much more advanced than the cars and trucks of yesteryear.

National AFV Day Odyssey is a nationwide celebration conducted to educate the public about the importance of alternative fuel and advanced technology vehicles and to promote their widespread adoption. The NAFTC started Odyssey in 2002 and has continued to conduct the event with increasing success.

Organizations across the U.S. and internationally hosted more than 60 events during Odyssey 2017. Preliminary results indicate the event goals were once again surpassed, with an estimated event attendance of more than 100,000 individuals, and more than 200 million individuals reached through media.

“We are thrilled that Odyssey continues to be such a huge success! Hundreds of organizations joined together to host Odyssey events this year, and hundreds of millions of consumers have been reached by Odyssey’s message about the importance of alternative fuel vehicles for our nation’s energy security and environmental health,” said Judy Moore, NAFTC assistant director, communications and outreach and national Odyssey coordinator.

Alliance Autogas and the Propane Education & Research Council sponsored Odyssey 2017. National partners included the U.S. Department of Energy Clean Cities Program, Dallas-Fort Worth Clean Cities Coalitions, Earth Day Texas, and West Virginia University. Odyssey 2017 kicked off at Earth Day Texas in Dallas with a panel of representatives from Odyssey partners and sponsors and Dallas Deputy Mayor Pro Tem Erik Wilson, who presented a proclamation from the mayor naming April 20, 2017 as Alternative Fuel Vehicle Day. Other speakers included: NAFTC Director Bill Davis explains, “Earth Day Texas is the ideal stage to host the National Kickoff Event. Hundreds of thousands of consumers and visitors from across the U.S. and around world were able to ask questions about the vehicles on display, including how they work and where they can be purchased.” The kickoff served as the heart of the events taking place across America on the same day.

Following the kickoff event, the NAFTC and Dallas-Fort Worth Clean Cities joined forces to conduct an AFV Summit at Earth Day Texas. Titled Clean Transportation Made in the USA, the summit featured three panels of experts who discussed clean transportation choices using fuels produced in the United States. A special session for public fleets about a group procurement opportunity was also included. Seizing the opportunity to provide awareness to the summit attendees about the benefits of alternative fuel and advanced technology vehicles, the NAFTC and the Dallas-Fort Worth Clean Cities provided a speaker line-up from companies who have actively been developing infrastructure for the fuels, and those who have transitioned their fleet to natural gas and propane discussed their experiences with the fuels. 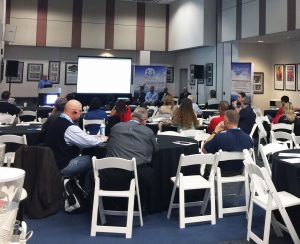 Throughout the summit and for the following three days of Earth Day Texas events, the NAFTC and national Odyssey sponsors and partners showcased alternative fuel vehicles in a vehicle display area. All Earth Day Texas attendees could view and interact with the vehicles. 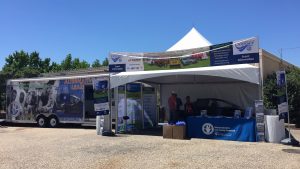 For information on other Odyssey events across the country, visit www.afvdayodyssey.org.